Writing grants, both Good and Evil 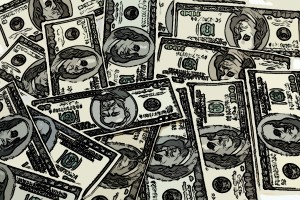 When I closed down comments on the slavery post, I got a lot of irate emails from folks who did not read closely, and who were under the impressions that I thought ALL taxes were slavery, that ALL grants were evil, and that anyone who accepted any sort of grant was a slaveholder by degree.  I’ll get back to taxes at a later date, but for now I want to talk about Grants.

What I always hope is that people will read what I wrote, but most people don’t. And they reply to what they think I said, rather than to what I said.  What I said was that government-funded grants were funded by slave labor. I was very specific about that.

I think grants funded wholly by individuals or their businesses who want to help writers and artists are a fine and lovely thing. I even think those folks who fund grants should get a legitimate tax write-off for their grant-funding, since they are in effect paying someone else to work—creating some part of a job—and that ought to count for something. I don’t care what sort of works these folks want to support: If you love something (that isn’t criminal), you have every right to spend your money to make more of what you love available.

At one point I considered—to the point of figuring out which works of mine I would funnel profits from in order to fund it—creating a Romanticist grant, a fund to be given annually to one writer of my choice who was working on a piece of Romantic fiction (Romantic fiction being that which presents the world as it could be and should be, and that stresses individual achievement, heroism, and villainy: in other words, the sort of fiction that does not EVER receive grants from anyone else).

I value Romanticist fiction.  It’s what I write, it meets my strict criteria for fiction that is worth my time, and the good stuff is damn hard to find. It would be worth funding.

Then I realized that in order to create this grant, I would have to read a whole lot of applications, and that I did not have the time to do so. And I further realized there was no one else to whom I would be willing to hand over responsibility for choosing grant recipients. I knew what I wanted to reward, and knew at some point I would be unhappy with a work chosen by anyone else.  So the grant idea died.

But my point here is that grants given voluntarily by people who value what they are funding are a wonderful and magnificent thing. They are Good, big G, on the scale of Good and Evil.

Grants funded by me (or you) with money taken at gunpoint by the government are Evil, big E. The government gives my money to agencies run by individuals who fund works I do not value (fiction from the school of Realism, deconstructionist crap, and other work I consider an utter waste of my time and money), which I would not voluntarily pay for. I don’t object to those works being created. I object to them being created out of MY effort, which has all been funded by ME.

And speaking now specifically to the folks who so kindly told me if I objected to having my rights voted out from under me and I didn’t like having my money forcibly extracted from me for uses I do not approve of, I could always leave…

Yes. I can. Taking a couple of jobs other than my own with me—jobs I have created and that I pay out of my own pocket because I am someone who knows how to create jobs. I’m sure the folks I pay will thank you for telling me to go away.  If I do, you need to realize that I’ll be late to the party.

You folks have been inviting folks like me to leave—folks who do not wish to have our rights voted out from under us—for about half a century now. Amazingly, you do not realize how many have already done so, taking with them the jobs you bitch about not having, and putting those jobs in India, China, the Philippines, Mexico, Pakistan, and anywhere else in the world where folks who create jobs are appreciated rather than punished. (For now, anyway.)

If you insist on punishing the people who make your lives and your work possible, and if you do not actually know how to create jobs yourself, or are not willing to expend the effort, risk, money, and frequent failure that someone who creates jobs incurs, you might want to rethink this strategy of yours. Voting away the rights of the people who create jobs doesn’t seem to be working out too well for you.

Next post: What would you do with a four-day work week?

Previous post: Do you support slavery? Most people do.