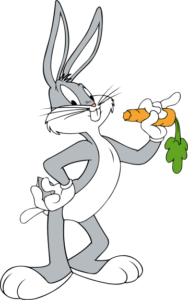 In my first run through my five-novel Ohio series, I carefully plotted the first book, wrote it, love it…

And carefully plotted the next four books.

Followed by ignoring my outlines and pantsing the novels.

Because it was fun, it was exciting, it was like being a kindergarten kid again, standing on the top of the sliding board in my slick-soled Mary Janes and skiing down standing up (until the playground teacher grabbed me and told me I was never allowed to do that again).

That same recess matron also made me stop running up the teeter-totter so that I could hit the other end before it dropped to the ground (that drop out from under me was the fun part.)

She was a killjoy — but in her defense, I never ended up in the hospital with a playground injury.

Sometimes, you know what works, and you know how you do what you do, and you have proven it through a whole lotta books and stories and deadlines…

And knowing what you know, you climb the ladder to the top of the slide anyway, thinking DAMMIT, screw the rules…

And you stand up in your Mary Janes and try skiing down the damn thing, and this time, you go over the side and hit your head on the concrete.

(Because yes, when I was a kid, school playgrounds were covered in concrete. Our parents and public schools really were trying to kill us.)

Ohio One is solid and done.

I’m managing to cannibalize some scenes from Two and Three into completely new first drafts. I’m just about finished with the PLOTTED, OUTLINED, Book Two, and this time the novel is working.

I’ll be able to use more pieces of Two and Three in Ohio Three.

However, where books Four and Five are concerned, like Bugs Bunny, I shoulda turned left in Albuquerque. I did not end up anywhere near where I wanted to be. (Bugs Bunny info at Wikipedia).

Instead, while I might be able to cannibalize a few scenes from them, Four and Five are essentially write-offs, and I’m not counting on being able to use more than the few scenes that I know still fit in the story universe.

So… this is going.

It’s not going quickly, and I’m thoroughly pissed off with myself for chasing rabbits and skiing down the sliding board standing up.

The skinned palms and skinned knees really, really weren’t worth the thrill.

Next post: Last day of the year… and about ready to get back to work