Western Third of the World Matrin

Ibera is where the majority of the story starts out because this is the part of the world that I developed in the most detail when I started putting together the project THE SECRET TEXTS (of which the first book, Diplomacy of Wolves, is now in print.)

You have to realize that when I drew this map, I had no story idea, no characters developed, and nothing more in mind than that I wanted to write something big. Because I wanted to do a story with world-spanning sweep, I had to create a whole world.

So I sat down with three or four yellow No.2 school pencils and a blue Pilot rolling ball pen and a box of colored pencils, taped together six sheets of graph paper, and got to work on shaping continents.

I got out a compass and drew in scattered circles, though I had no idea when I did what I was going to do with them when I drew them. They were impulse — their meaning came later, and when I got it, I got a thousand years of magic, intrigue and terror with it.

But meanwhile, I tossed mountain ranges and rivers around and dropped some dots on the paper and started naming cities.

Then I sketched in mountains around those compass circles I’d thrown down, and decided that they had water in their centers, and I started thinking about what made those circles, and what sort of world would exist in the aftermath of the event that created them.

I knew I wanted a world where magic was central, so I knew those circles were created by magic — big, bad magic.

How long had they been there? I decided a thousand years was about right. What lived around them, and in them, and how had whatever had happened affected the things that did? Ideas started flowing as I began visualizing the inhabitants and I started writing background.

Who made those holes? More answers, more background.

Who survived, and what did they remember of the disaster? More answers, more background.

A couple of story lines started falling into place. 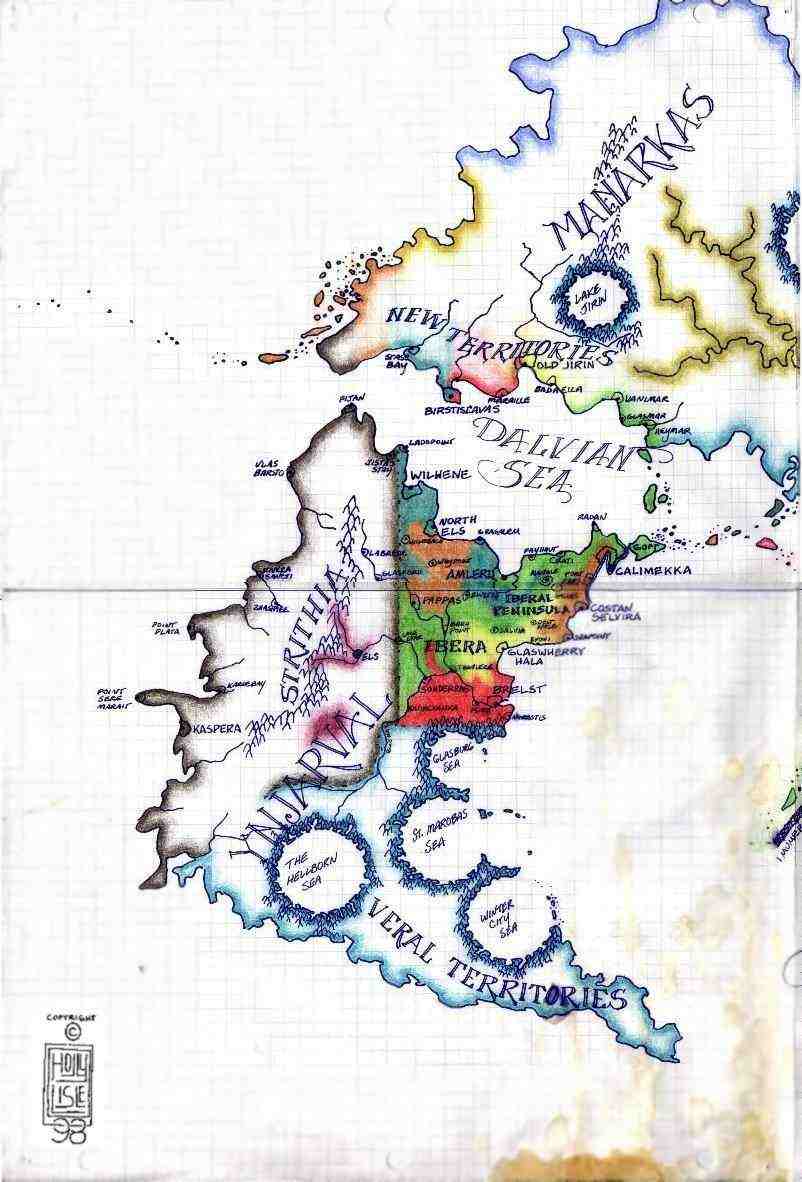