The words of the day are: “Neuroparasitic gelatinous organisms!” 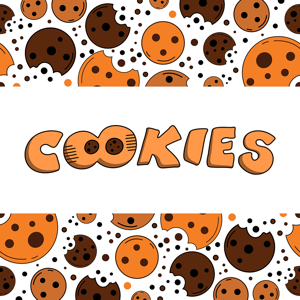 These words won’t make it into the book. They’re brainstorming words. But here’s what happened…

I wrote myself into a corner, in that in Chapter 11 of Book Five, I suddenly solved my entire series problem.

I mean SOLVED IT. Worked out exactly what my heroes had to do to get out from under the oppressive horrors of the villains — and I have some truly awful villains in this thing.

Brain was going, “Ha! HAHAHAHAHHAHA!!! We win, you vile bastards. We beat you!”

And it worked, so I wrote it, and it was really good.

Except that, of course, it killed the book. And the series. And I like this series.

And I asked, “I just solved the problem. The solution is right. Damn. Here. Why isn’t it that easy?”

At which point, my brain said, “You’ve already put all the pieces you need to see what’s really going on here into the series.”

A chance encounter in Book One.

The question, “Where’s the weakness?”

And the delightful gifting of COOKIES throughout the series. (Yes, a part of me really is apparently for the rest of my life still going to be the six-year-old given free access to Grandma’s cookie drawer when we visited her house.)

So, from writing myself into the “Gee, I just fixed everything corner,” I’ve gone to, “Oh shit, are my characters in trouble now. And they don’t even have a clue how big or how bad this is.”

Sucks to be them.

Awesome to be me, though. <insert evil grin here>

Previous post: An even 500 words today, and a conundrum for my hero