The Wishbone Conspiracy: Words with wings, and conspiracy! 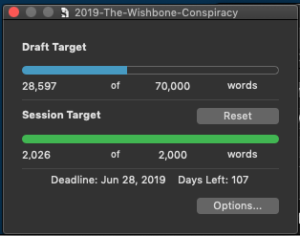 Seriously, and it was a nice change.

Becky and I ran to a ten-minute timer, and in about two hours I got 2016 words — and I like them.

And I thought it would be fun to capture this morning’s starting words and ending words as screen shots, and let you see what was on them if you’re so inclined.

With the reminder that this is first draft, and that first draft is the chaos that a writer revises into a real story.

And with a side note that I utterly ignored my planned scene (written out in the right sidebar) in favor of something much better that occurred to me by asking a right question eight paragraphs down. (Not shown.)

But I love the way this story is coming together, even though I can pretty much count on it being a book that once again gets a small readership, and will probably not pay me for writing it.

It is, however, a delight to write, and I get to ask one question that kept me awake a lot of nights.

DISCLAIMER: May contain bugs, which WILL change in revision, and for which I do not need any notice of typos or other errors, because first draft is not the place where you deal with those) Noted because I see a bug in the first screenshot.

How does a multiverse work?

Screenshot One — In this image, the words on the screen are from last Friday (so not counted)… but influenced the two-thousand-plus words that follow. Click the image for the bigger picture. 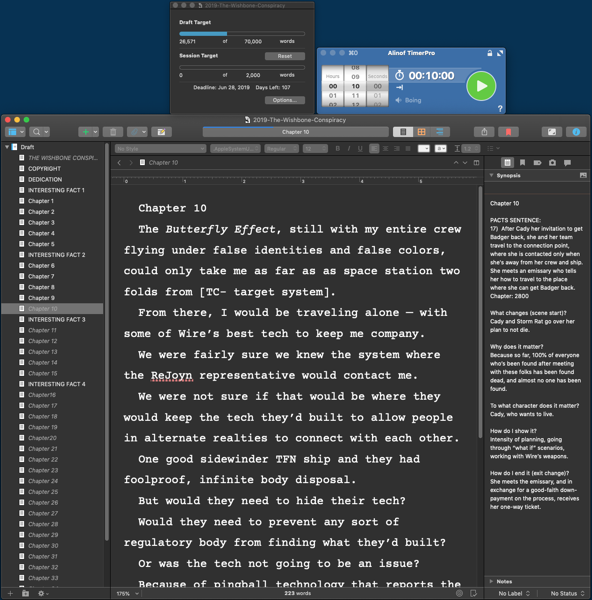 And Screenshot Two — in which I got an ending to this scene that I really like. Again, click the image for the bigger picture. 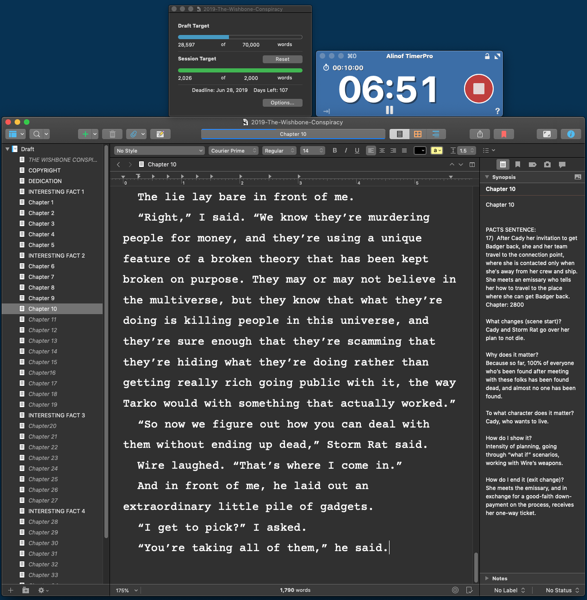 Next post: The Wishbone Conspiracy: Crossed the 30K mark!