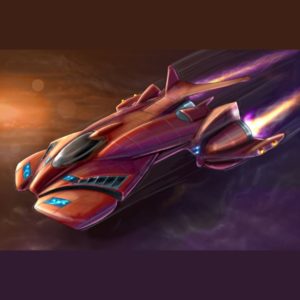 Today, a blast from the past who yesterday showed up for this party uninvited today became a major part of the story.

Tangerine was a one-scene character in Hunting the Corrigan’s Blood. He was in that story to change Cady’s appearance when she was in trouble but did not yet know exactly how much trouble she was in.

The rule of thumb with characters you don’t want to have popping up uninvited is exactly the same as it is with stray animals:

I did all three things in Tangerine’s one scene.

I gave him a name, I discovered that he, like Cady, was a Maryschild, and I let him say the bunch of funny lines that he threw at me.

And then I came up with nine more novel concepts for Cady that I planned to pitch to Baen, one of which actually had Tangerine in it. That was Number Eight, I think.

But then… Baen didn’t reprint Hunting the Corrigan’s Blood, a book that hit the Locus bestseller list two months in a row and sold out its first printing in two months.

And refused to look at any more SF from me.

YEARS passed before I finally reacquired the rights to Hunting the Corrigan’s Blood. More years passed until I made the time to get it back into print and to write its sequel, Warpaint. That second book rode off into the sunset with the idea for The Wishbone Conspiracy firmly planted in my brain.  Where it sat simmering for several MORE years, because… <sigh>

Life is what happens while you’re making other plans.

This is my planned third book.

But Tangerine was nowhere in my concept for this book.

He showed up yesterday as an uninvited extra, and today made himself a main character. The Wishbone Conspiracy is not — and has nothing to do with — the novel I plan to write that actually features him.

This is him showing up dragging something useful to prove me how much I need him, in much the same fashion my much-missed cat Bouncer used to bring me squirrel hindquarters as his contribution to the family. “See, I’m taking care of you.”

The squirrels, the birds, and I were a lot happier when I turned Bouncer and my other cats into indoor-only cats. Bouncer? Probably not so much. He’d sit on windowsills and shit-talk the wildlife outside the windows.

But Tangerine… turns out that isn’t his real name… And who he was wasn’t and isn’t who he is, either.

He and Cady actually were acquainted with each other back in their Maryschild past, though in their previous meeting neither recognized the other.

And today he dropped the back half of a squirrel he’d apparently been holding between his metaphorical teeth and without saying the words, told Cady, “You need me.”

Turns out, he was right.