The Wishbone Conspiracy: 2027 words, and a Change in the 3-Novels Experiment 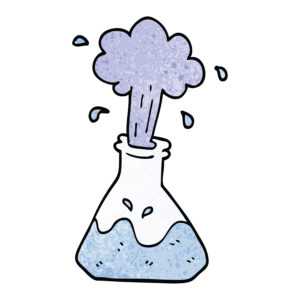 Got pretty decent words today on The Wishbone Conspiracy. 2027 new words, taking me to a total of 23,873 words in the novel.

I mostly like what I got, though I had a bit of a hard start.

And that’s what I want to talk about today.

The “Write on three different novels each week” experiment worked very well. Until it didn’t.

Getting 1515 words or better on Mondays, about 1500 words on Tuesdays and Wednesdays, and 2000-ish words on Thursdays and Fridays.

It required a big mental shift, and rolling through three very different projects back to back to back started taking a toll on me.

I kept going… but then I started research in improving the marketing I’ve done — or in many cases haven’t done — on my work, and current methods of increasing Amazon sales, and experimenting with copywriting and cover design and split testing and…

Along with writing the three novels, and writing a new lesson every week in my new How to Write a Novel class, and answering student questions, and working with Dan on getting the final pieces of the HollysWritingClasses.com website out of beta, plus spending time with my family…

Well, the fiction broke down just a little. And I hit what I have come to recognize as the “trying to do too much at once” wall.

Dead Man’s Party has to stay. It’s my demonstration novel for How to Write a Novel.

My writing on The Wishbone Conspiracy is still running smoothly.

But the writing on The Emerald Sun hit a wall.

This is a book I need to be able to throw myself into exclusively: to NOT be writing other fiction at the same time. It has a specific voice and some specific worldbuilding and a place it’s going that is very different from other things I write. It has a deep world that I have not been writing in recently, characters who have become strangers to me, and both Tuesday and yesterday, my mind simply balked. Refused to work on Emerald Sun.

Was real damn happy to offer up copywriting, cover design, threw ideas at me for both The Wishbone Conspiracy and Dead Man’s Party.

But it dug in its heels on what was supposed to have been the work of the day.

Had all my fiction crashed on me, I would be taking a different approach than the one I’m taking starting today, but two of three books — the one with NO previous worldbuilding, and the one with a ton of worldbuilding, but in which I’ve been writing regularly for the last eight or so years — are still fine.

So now I enter Phase Two of the experiment.

This is pretty simple. Monday will still be Dead Man’s Party, and still 1515 words or thereabouts each week, followed by working on HTWAN, answering questions in the forum, doing the help desk tickets that require me, working with my moderators, working with Dan on the site, answering emails, and other daily task.

With Dead Man’s Party, I have to have this amount, and JUST this amount, for my class and to make sure I’m applying the material from the various lessons as I write. So I can’t just write ahead and be done with this particular novel. Each chapter has to be written along with each lesson.

Wednesdays, Thursdays, and Fridays, I’m going to be shooting for 2000 words per day on The Wishbone Conspiracy.

That will give me six-thousand first-draft words on that book each week.

So some book math. At 6000 words per week, I’ll have the first draft finished in about eleven weeks. Figure I’ll have it done around May 17th.

This is nobody’s fastest pace on a novel ever, and if it were the only thing I was doing, I could get it done a lot faster. But it isn’t, and what I’m looking for at this point is…

A system that I can put into action and stick with, that will allow me to maintain my nonfiction work while creating regular publishable new fiction.

Those of you who didn’t get sidetracked by the book math are going, “WAIT A MINUTE!!! What about Tuesday?”

Tuesday, my first two to three hours will be focused on marketing my current backlist and learning how to do a better job of launching my front list.

And it will carry me to the completion of Fiction Project One AND Fiction Project Two at about the point where I also have the class How to Write a Novel completed in the Splinters version.

At that point, I’ll have two finished novels in need of revision, editing, covers, marketing, bug hunting, launching, and publication.

And at that point, I’ll figure out what happens next. I’ll probably dive all the way into The Emerald Sun at that point.

And look at possible new writing classes or workshops I could create.

This plan is subject to revision as I experiment and figure out new definitions for what I want to accomplish, and new ways to accomplish my objectives.