The good news is, it’s not cancer. 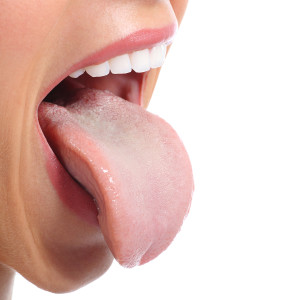 I had an odd white spot on the underside of my tongue. I’ve never smoked (not even a single inhalation from a single cigarette), I can count on two hands the number of alcoholic drinks I’ve had, and on two fingers the number I’ve actually finished.

But I’m fifty-four and female, which increases my risk of oral cancer from just the ever-freakin’-fun of getting older.

So I took my little tongue spot and went to the dentist and had a cancer screening. That was negative, but was also surface only—and the tech doing the screening couldn’t scrape the little film of white skin off of my tongue, which turns out to be a big deal.

Big, as in, they called a maxillary surgeon while I was standing there and made an appointment for me for right then.

I was, back in the day, an ER nurse. There are signs that tell you things are not happy. A smiling nurse moving you to the front of the line in a crowded ER waiting room and saying, “The doctor is going to see you next” is the Father, Son, and Holy Ghost of Bad Signs.

I knew that face, because I’ve made that face.

So Matt, the kid, and I drove down the road a bit, signed into the maxillofacial surgeon’s office, waited for the room to open up, and the doctor did a biopsy under local.

I waited out the week, doing massive research into both. Read the medical abstracts, learned the vocabulary, dug into causation and tests and treatment and outcome and stuff I could do to improve my odds no matter what the diagnosis was, as well as steps I would have to take if the diagnosis of “fucking nightmare with a twist of we-found-this-too-late” came back.

So I have to go back in three weeks to have the entire area excised to clear margins.

After that, I should be fine—but regular checkups and any necessary follow-up will become a part of my routine.

What I’ll be doing in three weeks:

I’ll be awake. Again. This will be done locally again.

I’ll get to watch them work (which is something I actually like—though there are disconcerting moments when a bit of your tongue goes floating past your field of vision at the end of a pair of forceps and you think Eep!).

I have learned that while the tongue heals quickly, the pain once the anesthesia wore off actually topped out giving birth to a 7-lb 13-oz kid without so much as a Tylenol in my system at the age of 37.

Please note that four hours of hard labor is no picnic. Giving birth after twelve years of NOT giving birth is much more of not a picnic. (Just in case anyone told you it was, you know.)

You’re laughing. YOU try talking around six stitches in your tongue and anesthesia and sounding remotely like yourself. 😉

Why I didn’t just give this a quick “I’m fine” and move on.

The little white patch under my tongue just looked like the white skin you get on the inside of your cheek after you accidentally bite down on it while chewing. You take a fingernail, you scrape off the white tissue, and you go on your way.

I couldn’t imagine what I’d done to the underside of my tongue. TRY biting that.

So I tried the same thing with the patch under my tongue that I would have tried with a cheek bite. Dragged a fingernail over it lightly to remove the gunk. It didn’t scrape off. I got out a toothbrush and scrubbed at it. No change.

Furthermore, it felt a little like the aftermath of drinking tea that’s too hot, or getting a bite of pizza with nuclear cheese.

I found it the Friday before last. It could have only been there a day or two. How do I know this?

I’m religious about brushing and flossing, and I use a dental pick to remove plaque two or three times a week. I found this when I was doing that. It wasn’t there the last time I’d done a full cleaning, just a few days earlier.

But here’s the BIG DEAL, and how it matters to you.

Most of the time, little lesions like the one I found are painless. And they really, truly, don’t look like anything that matters (at least not when you catch one just a couple days after it appears).

They can appear on the cheeks, gums, roof of the mouth, tongue—if it’s soft tissue and it’s in your mouth, it’s fair game.

So if you look inside your mouth, find a little patch of white skin that looks like not much of anything, and doesn’t hurt—but you can’t scrape it off by lightly dragging a fingernail over it, or clear it away with your toothbrush—you need to see a dentist right away.

If you’ve ever smoked or used smokeless tobacco regularly, or drank alcohol regularly, or been a female in your fifties, that goes triple.

Doing this could save your life.

Next post: Links between cancer, stress, and overwork: why I’m cutting my hours