Sex, Gender, Deviation, and Science: What Is Normal…and the Path to Proving It 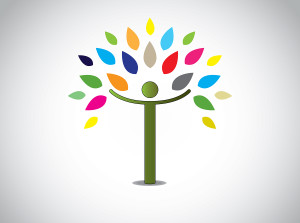 THE ORIGIN AND SUMMARY

This discussion refers back to The Ten Normal Genders and the Seven Variations (link opens in new tab), and assumes that you have read it.

If you haven’t, it’s long, but I’ve done my best to keep it clear and organized, and you’ll understand the reason for THIS post much more clearly if you’ve read that one.

If you haven’t and are short on time, here’s the short summary: I posit that there are ten normal genders in the human species, that these genders (and their seven add-ons) are a part of our being a generalist species, and that all ten of them AND the seven add-ons are absolutely critical to the long-term survival of our species.

I am now going to present the argument that it will be worth the time and effort of all the folks who are members of genders currently located on unpopular parts of the gender slider to stop fucking around “reclaiming words” and having Gay Pride marches, and get involved in funding the science to prove that all the points on the slider are normal and necessary, and that the people who inhabit these points don’t NEED to be reclaimed or fixed.

INDIVIDUAL rights belong to all individuals and trump all other rights (because if the individual has no rights, then there are no rights)—and nowhere in the word individual is there an exception that makes it okay for rights or lives to be suspended, destroyed or denied because of normal and species-necessary variations in gender that are present from birth.

Legitimacy and acceptance do not come from protests or from trying to make pejorative words like “queer” and “dyke” okay.

Legitimacy and acceptance come from doing really good science, and from proving that:

The world has changed, and the opportunity for individuals to pursue big science (rather than having big science co-opted by corporations pursuing vast profits, or universities pursuing the political or profit agendas of their funders) has come of age.

THE CALL TO ACTION

So here’s my idea.

Find legitimate, qualified scientists interested in finding out the truth about gender variations who understand that for the science to hold up, the politics on ALL sides of the table have to be set aside.

Funding for science is getting cut to hell everywhere: I guarantee there are some good biologists and geneticists and other researchers who are out of work now, and who would be interested in working on this project as a series of studies.

For this to stand, there can be no foregone correct conclusions—there can be the hypothesis (and I’ve offered my seven-point hypothesis above, but people with more and deeper science than I have can create a better one), but the hypothesis has to be tested and PROVEN, point by point.

And when we find these legitimate, qualified scientists, we set up some form of crowdfunding—whether on Kickstarter or elsewhere, and WE—the people who give a shit about the rights of the individual, and who want to see every human being given the opportunity to say, This is who I am, and have both the words to say it without having to dance around pejoratives, and have the proof to back it up—WE pay for the science.

WE pay for the pursuit of knowledge, we pay for the objective research that will prove the truth that human beings are individual and different—and that every single one of us on this planet is different from birth. And that this is normal, and necessary, and good.

We do this so that every one of us on every point of the slider can stand together and, with proof in hand, together say—not just for ourselves but for the people we loved who suffered persecution for who they were, who suffered the criminalization of their inborn and normal desires to love other consenting adult human beings and to be loved in return; who died never having had the chance to live in a world that saw them not as dykes or fags or freaks, but as healthy fellow human beings, “We are human, we are individual, we are different, and we are normal.”

I welcome your comments.

On this post, please understand that the BLOG RULES (which open in a new tab) will be enforced.

Next post: Doing a Hard Push on Bashtyk Nokyd—Words: Passed 11,387

Previous post: Back to Bashtyk: The power of play