Science Fiction, Fantasy, and Cultural Appropriation: A question for other writers 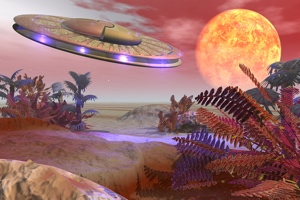 Standing directly in the road to this exploration is the politically correct stance that (if you’re white) you have no business using elements of anyone else’s race or culture for your own personal gain.

The problem with this is that if you’re a science fiction / fantasy / speculative fiction writer, it’s your damn job to reach beyond your world and the way it works to understand life lived in other ways, other places, and other times, to turn all of that inside out and sideways, to ask questions about it and answer them with actions in your work, and to then present what you’ve created for people who are capable of appreciating that the world they live in is bigger than they are.

Unlike most Americans, I have lived in non-white, not-English-speaking countries. I’ve also lived in Alaska in the late 1960s where the BIA (I’m not a fan) was the majority of the government.

In writing my fiction, I borrow liberally from my experiences in these other places. They were mostly not fun though they were extremely educational, and they made me an outsider for most of my life — which it’s useful to be if you want to be a writer of fiction that lives off the beaten track.

My favorite main character of all the main characters I’ve written is black. Her name is Cadence Drake. I’m WELL aware that there are lots of folks who dislike the fact that I — a whitish American woman (more of a brown-rice beige, actually) of unknown but decidedly mixed ethnic heritage — have the temerity to write science fiction novels in the first person as a black female.

Brief interlude while I answer the one person who just asked, If you don’t know what your ethnic heritage is, how do you know it’s mixed?

I know because my irises are a splotchy mix of blue, yellow, reddish brown, and dark brown, and the hair on my head contains straight blonde hair, curly red hair, wavy brown hair, straight thick black hair, and thin, fragile, kinky black hair. And now, a fair amount of gray. I’m betting that my relatively recent ancestors represent every broad racial group on the planet.

Back to the objections for me writing a black main character.

And the answer to that of course is that I dare because like all my fictional characters, Cadence Drake is me when I am being someone else. She shows an essential aspect of the universe I want to live in, the one where color of skin is irrelevant, where gender preferences are all acceptable, where humanity has conquered the stars and its prejudices equally…

But where the problems of power and its inevitable corruption of those who seek it still exist, and where people have found new ways to manipulate that power over each other.

Cady lets me tell my story better than any other character I could have created. Her existence as my main character shows what matters in her universe, and also what doesn’t.

So to my question:

If you’re a writer, what boundaries have you crossed in the pursuit of your fiction?

What boundaries are you afraid to cross? And why?

This is only a question for other writers.

Leave a Reply to KitCancel reply

Previous post: Reader Interview: The Thing You Want to Do?