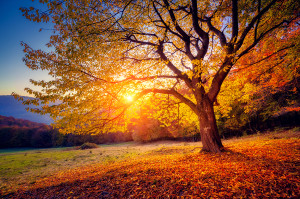 I was a guest at the WorldCon that was held in San Fransisco some years back, and I discovered on my schedule that I was on a panel on Death, with both Haldeman brothers (whom I had never heard of at that point), someone else I had heard of but don’t now remember…and Terry Pratchett.

I’d heard of him. I’d read Strata and loved it back before he was OMG Terry PRATCHETT!!! and had tripped over and fallen in love with the Discworld series because I remembered his name from Strata.

Discovering I got to be on a panel with him, I was thrilled.

So I bopped into the green room for the panel about fifteen, maybe twenty minutes early, the way you’re supposed to when you’re a panelist, so that everyone on the panel knows what you’ll all be discussing and how the lead panelist wants to lead…

…And aside from him, I was the only one there.

I sat, and we talked. The panel was about Death, so we talked about life and death. His character DEATH, my experiences with life and death as an RN before I hung up my scrubs to write full time…and then, because we were both writers who loved what we did, about the joy and wonder of getting paid to write fiction, and the tiny little word processor he had in his backpack that only weighed a pound. Because, he said, “A pound is nothing. But two pounds is two pounds.” My monster laptop weighed somewhere between 6 and 8 pounds at that point—and so did almost everyone else’s. I wish I could remember what his device was.

In the middle of a gigantic convention, in the midst of chaos and hurrying people and everyone trying to get close to celebrities, I had a small chunk of time carved out in which I got to speak to OMG Terry PRATCHETT!!!, (because at that point in his life, that was who he was), and I got to talk to him as one writer to another. Without interruption.

He was one of the nicest people I have ever met in my life. He was off-the-cuff funny, warm, kind—the sort of writer you always hope you’ll meet when you talk to someone who’s been writing words you’ve loved for years.

I would not trade that tiny chunk of my life for any amount of money. A gift of time and a little piece of magic fell into my lap, and even today it still brings me joy.

I am sorry he is gone. The world is a better place because he lived, and will be sadly rounder and less wonderful without him.

Next post: Open Letter to SFWA Upon My Resignation