One cheer for equal rights to marry 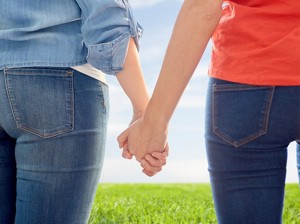 The right to be together legally

I think my uncle would have lived longer had he been born in an era where being gay was not a crime. I think my aunt would have been happier had she and the woman she loved been able to be together as an acknowledged, legally accepted married couple.

And bluntly, I think that for any two people who make a lifetime commitment to each other, their rights to share benefits of Social Security*, Medicare/Medicaid*, inheritance, and to make end-of-life decisions to each other should never have been questioned.

Marriage is a contract. State governments define who is a legal adult capable of entering into a contract. Once they have set that limit, their job (other than enforcing the terms of the contract in the case of disputes) should be done.

Legal adults of any sexual orientation should then be able to make their contracts with each other and live lives protected by the laws of their state.

We needed to get there, and we should have been there from the very beginning.

But having the Supreme Court do a legislative fandango with the Constitution to make this happen was not the right way to get there, and because of the squishiness of the decision, a lot of bad shit is likely to be the fallout of this one good thing.

* I think government entitlement programs are corrupt, and I think they should be eliminated—but while everyone who works is being taxed for them, everyone who receives them should be treated identically—and if there are specific benefits that are tied being married in the eyes of the government, those benefits should be available to all committed couples.

Next post: Life, Pain, Fear, and the Whole Wide World: Breathe In, Breathe Out