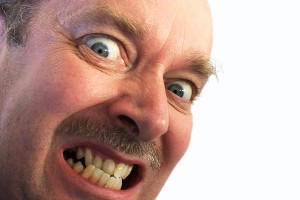 Wanted for Hire: One Evil Traitor, sense of humor and own dagger a must.

The revision of TALYSMANA is, has been, and will continue to be a bitch on wheels.

The problem I ran into 95% of the way through the first draft was the realization that my ending could not happen with the existing beginning. Like several other novels I’ve written, I stopped writing when I figured that out, so the first draft had no ending.

I left out something critical, only I couldn’t figure out what.

I was hoping it was something simple to fix, like a plot point.

It was, in fact, a whole entire character. This I discovered via a spiffy nightmare that tipped me in the direction of “This is what your story needs.”

Which means I’m going to have to create another character from the very start of the book (or perhaps turn one of the existing characters into the traitor).

I also realized (same spiffy nightmare) that I got half of my villain wrong. The part set in TalysMana is good. The part set in the What Is, however, is utterly wrong. Police would have been on him in three seconds. So that, too, is going to take heavy rewriting.

And oh, hell, not via nightmare but though the real-life pain of reading the manuscript, I’ve discovered the Kettan I’ve read through so far is whiny and weak, and both missed the opportunities in her past, and failed to utilize her present. There are sections where she’s okay, but overall, I loathe her.  The revised Ketten will be someone I can stand to be in the same room with.

Will Grey is good, though. I like him. Emerald is good. And Fred is awesome…but he’s based on my daughter’s basset hound, who is also awesome. Fred will come through this revision unscathed.

This is not going to be any quick, easy revision, though. This is going to be a Book Is Wrecked revision. My notebook is filling up already.