My next week-ish: Brain reset, but no rest 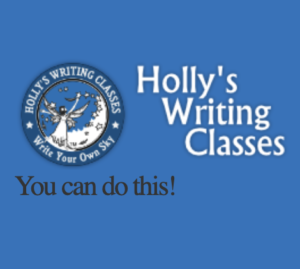 I may not be in here regularly for the next week (I am possibly being a bit optimistic on that week thing, by the way. It might take me two or three to do everything I have to do.)

The first part of what I’m doing is letting Book 4 settle into the back of my brain. I need to figure out Book 5 — and Book 5 needs to bring the first series to a strong ending. The first reason is that I cannot know how well these will do, and if they flop, I don’t want the folks who bought all five to be left hanging.

The second is because if they do well, I have stuff in mind for following books, and I’m torn between each one being a complete adventure, and doing a second five-book series.

Gotta get some distance, some perspective — and gotta think about the stuff in the closet. It’s a pretty scary closet.

The other thing is, of course, the HollysWritingClasses.com complete rebuild.

The classes — lessons, videos, and downloads — are already built on out out-of-the-way work domain. My moderators did that part.

But the SITE is not built. I hooked it up to the new shopping cart yesterday, and we did test purchases, and the word that comes to mind is… BUTTERY. I don’t imagine a lot of people “squeeee” over a new shopping cart.

I’ve owned this software for years — I got it when Dan was building the first version of the HollysWritingClasses.com site. He couldn’t come up with a way to integrate it into what he was building, though.

So I just hung onto it — it was, like the stuff I create, a one-time purchase that you can go back to any time.

And when I had to buy all-new classroom software, I made DAMN sure before it bought it that it worked with my existing cart.

Dead simple to set up classes, and my moderators doing test purchases were saying stuff like, “Wow, that was flawless.”

The software comes with built-in affiliate software, so the affiliate program for members will be coming back.

My database guys got me ALL the membership emails for HollysWritingClasses, going back to the days when there were just the one class: How to Think Sideways.

Obviously, a lot of these are going to be dead emails.

And obviously, not all of the folks who owned the classes will want to come back.

I told folks when I sent out the emails, If you unsubscribe, we’ll remove you from the classes. Had a total of 222 unsubscribes when I came in this morning, handed off those email addresses to my database guys so they could start deleting accounts.

Had 477 so far who will be staying. I’m delighted such a high percentage of folks are staying.

I’ll give this a week-ish to sort itself out, re-email only those folks who didn’t do anything, and give them one more week.

Then I’ll delete all the non-responders from the mailing list, and my moderator/database guys (Tom & James) will remove their classes and delete their accounts.

And we’ll move on to the next big obstacle.