Money From Nothing: The Economic Value of Writing Original Fiction 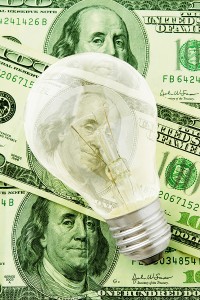 From the perspective of feeding the soul, we writers already know we stand upon solid ground.

When we write, we do our own souls good (or at bare minimum, placate our raging ids.) By providing what we have written for others to read, we entertain at least some of the people some of the time—in some cases we do much more, offering encouragement or support that helps a reader figure out how to change the direction of his life, or pull back from pending tragedy, or dare to take chances that will make not just his life but the lives of those around him better.

None of which is particularly useful when you want to sell the idea of you as writer to your folks, your significant other, or your friends. To the casual observer, unless you’re up in the JK Rowling/Stephen King/Norman Mailer leagues, writing is a fairly worthless hobby.

But it just ain’t so.

If you are a writer—even if you are the worst, least successful writer in the world and just doing this on your weekends because you like to—you are a positive force in the economy.

Don’t believe me? Then watch.

Say that you’re turning out the most gruesome dreck the planet has ever seen, and say that you are never, ever, ever going to get better. You’re still doing good things for your corner of the world. You bought notebook and pens or a typewriter or word processor or a computer, you bought software, you bought paper, printer, printer toner, or ribbons and Wite-Out. Somewhere out there, some small portion of the economy thanks your for your steady support of the products above mentioned.

Now, if you go a step further and send out your atrocious manuscript to a place that accepts over-the-transom submissions (and at this point, we’re looking almost exclusively at short story markets), you have just been involved in helping to create and maintain a few jobs. Slush-readers and junior editors will get paid in part because you and thousands of others like you wrote dreadful manuscripts that someone had to evaluate.

So even the worst writers ever are doing something valuable for someone besides themselves.

Let’s say that you’ve written a passable midlist title that someone, somewhere in the commercial publishing universe, wants to buy. Not only have you created money out of thin air for yourself (anything above the investment you make in supplies and research materials is money you just invented—but can still spend). You didn’t take anything from anyone else to create this income. No one else had to lose so you could win. You invented money for yourself by inventing a product someone wanted. And your invention of brand-new money doesn’t stop with you.

You have also just exponentially increased your contributions to the world. First off, you are now one of fifteen to fifty writers just like you who have created a paying job for one agent. As more writers need agents, more agents will be able to find work agenting. But that isn’t the only job your work makes possible.

You have employed one artist for one cover painting and are responsible for the existence of a piece of art that would not have existed had you not sat down to write your story. Reviewers would not exist without you and other writers like you. You’ve created a profit item for corporations, and an ad revenue source for media (if somebody is paying to advertise your book, somebody is being paid to advertise it.)

Say you’re better than passable. Say your book was good.

Say it does really well for you. You get more of that magic money you made out of nothing but thoughts inside your head. Plus, you start providing work for advertising companies or in-house artists who develop your promo materials. Your sales add a bit to the GNP. The fact that your book made profits for the publisher will allow the publisher to publish other writers who wouldn’t have been able to find slots without your successful novel.

What if you self-publish?

You’re still a huge force for good in the world. You’ve still created out of your thoughts and your effort something that did not exist before—and every time you get paid for it, you have created money that did not exist before. I know it looks like the same old money that was floating around in folks’ pockets already. But it ISN’T. When you create something new that has value, the economy expands by the exact value of the thing you’ve created. How much value is that? Add it up as it comes in and see.

Part of this money will go directly to you (and that, my friend, is sweeeeet). Part will go to the online shops that offer your work, so you’re helping them stay in business and present the work of other writers like you as well as you. Part will go to anyone you employed directly—from an editor to a proofreader to the guy who designed your cover. If you use Lulu or CreateSpace to create hard copies of your work, every time someone buys one of those, you’ve taken a positive step toward keeping jobs available for people who plant trees and mill them and make paper and make bindings and print your cover and make the glue that keeps the cover on the book and packages the book to send to your new reader.

You. Did. That. And that’s a good thing.

Say your good book (whether self-pubbed or commercially published) sells in foreign countries. Now you’re creating jobs for translators, more editors and agents and typesetters and bookbinders and bookseller and distributors. You are a benefit to the international economy, you are a benefit to various national economies, and in a way you have the potential to be an envoy for your own country. Depends on what you wrote. Still, the possibility is there.

Now you sell story rights to a motion picture company. You’re still a benefit to all the people you’ve already helped, but now you’re also providing work for everyone from the people who scout filming locations (and money for the areas that permit filming in those locations) to set designers and prop creators and screenwriters, to camera grips to best boys to producers and directors to movie distributors to your local theater.

The actors and actresses portraying your characters and speaking your words got paid because of you. Watch the credit crawl at the end of any movie. All of those people have jobs because a writer somewhere wrote a story.

And without you and other writers like you, those kids selling popcorn and tickets wouldn’t have a place to work, either. But even that isn’t all. Artists must design movie posters and cardboard standees for theaters, advertising agencies must create promotional campaigns.

With some movies, your subsidiary rights will also come into play, creating more jobs. Action figures and toy sets based on your characters require artists to design them, companies to produce them, outlets to sell them. Ditto branded T-shirts, coffee mugs, bumper stickers, and posters.

If you turn into another JK Rowling, you won’t just be entertaining an audience, giving folks a nice break from their workaday lives while they read your book or watch the movie based on it or play with the toys created to support it.

You’ll be a captain of industry, your very own publishing empire. You’ll be creating the wealth of nations from the products of your mind and spreading this wealth out around the world.

But you don’t have to be JK Rowling to make a difference. That’s the magnificent thing about writing.

Even if right now you’re just some kid working on your first novel in your bedroom, you’re doing something good. You are creating something that didn’t exist before, and that’s wonderful. Beyond what it does for you, though, at barest minimum, you’re supporting the economy as a consumer of pens and notebooks.

But if you dare to learn enough about the business to get good at it, you’ll someday sleep well at night knowing that people all over the country, or maybe all over the world, are feeding their families and paying their bills in part because you had the guts to send your work out, and by doing so, to create money and jobs that would not have existed without you.