Links between cancer, stress, and overwork: why I’m cutting my hours 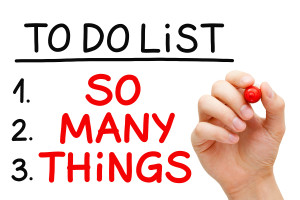 Too much to do

I’m here to tell you that there is no medical journal article currently available on the long-term physical effects of writers working ten-to-seventeen-hour days seven days a week for for stretches of up to seven months. (Either with or without a healthy diet and exercise.)

However, there is a breadcrumb trail I’m following:

Crumb one: The cellular changes in my tongue arose because of a decreased immune response to mutations.

Crumb two: I am clear of internal (viral) agents that cause decreased immune response.

Crumb three: There is a strongly correlative link between external factors, such as grief, anxiety, or exhaustion, and immunosuppression.

Following those breadcrumbs, then, and doing a ton of searching for details, I have come to the conclusion that there is enough evidence to suggest the following two hypotheses:

Hypothesis 1: Working stupid-long hours every day and living in a constant state of stress because I am constantly missing self-imposed deadlines could be the cause of the dysplasic changes in my tongue cells.

Hypothesis 2: Continuing with my current schedule and working habits has a higher than acceptable chance of creating an environment susceptible to dysplasic recurrences even after the clean removal of the existing lesion, or even the occurrence of cancer.

In plain English, I’ve been working too hard for too long. While the science (referenced below) is not in agreement, and there are sources that state there is no relationship between cancer and stress, I come from a family with non-existent cancer history (hell on wheels for alcoholism, diabetes, obesity and stroke, though). I have no personal risk factors for cancer other than stress. And I developed a condition that is known to lead to cancer.

After you develop your hypothesis, the next step is to formulate your plan of action.

Mine is as follows:

The actual putting of this into action starts with keeping my promise of six hours a day. A timer is going to be running from now on. I’ll pause it for food and bathroom breaks, but when it hits six, I’ll save my work and close the office.

Checking the outcome will be the work of the rest of my life.

My references (all sources open in new tabs):

Leave a Reply to FranceliaCancel reply

Previous post: The good news is, it’s not cancer.