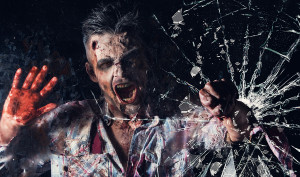 The Current HTTS Website: Undead and still coming for me.

To see if I could make things easier for writers using the How To Think Sideways site, (still with the shop locked while it awaits installation of the interim site), I put together a beta test site using a theme I thought would help, and a plugin I REALLY thought would help. (Both theme and plugin shall remain nameless because I have no desire to rip apart the work of others.)

One of the writers who did the beta test contacted me after reading my post-beta analysis (link opens in new tab), worried that if I got so few responses from so many folks who had actually joined the beta test, he had no hope of anyone ever finding his work.

Here is my reply to him:

I spent the weekend down with a migraine that I still have. More on that in a minute.

As for the beta test, I think what happened was fatigue.

I built the site and sent folks in to give me comments in the form at the end of the first test class.

People went in and did the comments in the form.

I sent everyone back in to do the comments in the form again after “fixing” it.

I’d already wasted about a week building the beta, and my long-suffering testers had made two attempts using software I was hoping would make life easier for everyone on the current site, and had received resounding proof that the plugin I’d hoped would fix things would in fact… NOT.

And this process, which has a lot in common with most of my experience with building my own sites—and which is why I don’t WANT to build my own sites anymore—gave me the migraine that I still can’t shake.

Which is further proof that I need to focus on writing, let Dan do the software end of things, and make life less hideous for my head.

Dan is running ahead of schedule, and may have the fixed interim site up on HowToThinkSideways.com as early as tonight. If he does, I’ll go into the help desk, grab all the ON HOLD tickets, and fix each of those accounts tomorrow morning. AND open the shop.

Even if he doesn’t, we are very close, and will be using the same URL for now.

The new site will go live when Dan is done building my new software, and not in a half-assed fashion beforehand.

So now I’m getting back to Episodes 3 and 4 of Tale From The Longview, so that I can get Module Four of How To Write A Series started.

Previous post: HowToThinkSideways.com Is Moving to A New Site