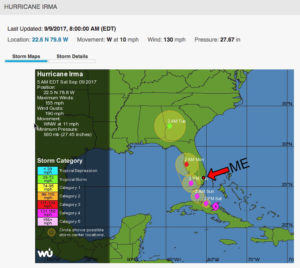 Hurricane Irma, or what I’ve decided to think of as the Okefenokee Wildlife Relocation Plan, now looks like it will start raining poisonous snakes and prehistoric reptiles on the South Florida burbs around eightish tomorrow morning.

A bit early for that sort of thing, and the better class of hurricane never calls on a Sunday. Irma is clearly no lady.

Along with the rain of alligators and any such tornadoes as might amuse the storm to cast our way, we’re also still looking at a Category 4 hurricane with very high sustained winds for about four to six hours.

I briefly fell into the error of looking at the tracks, seeing them go west, and thinking, “It looks like it’s going to miss us.” 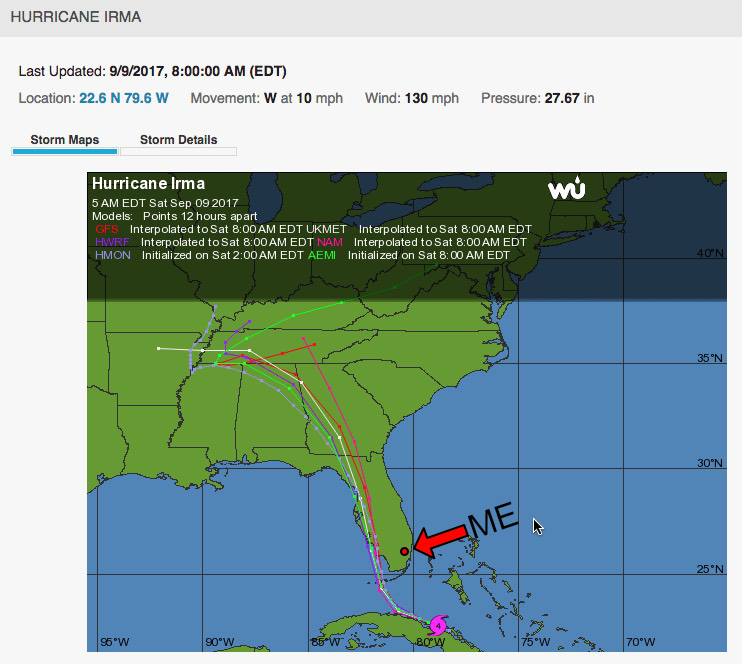 Then I remembered that the dot on the track marks the center of the storm eye.

I looked at the radar image, mentally superimposed it over the dot on the track, did a little double take, and muttered, “Oh!” 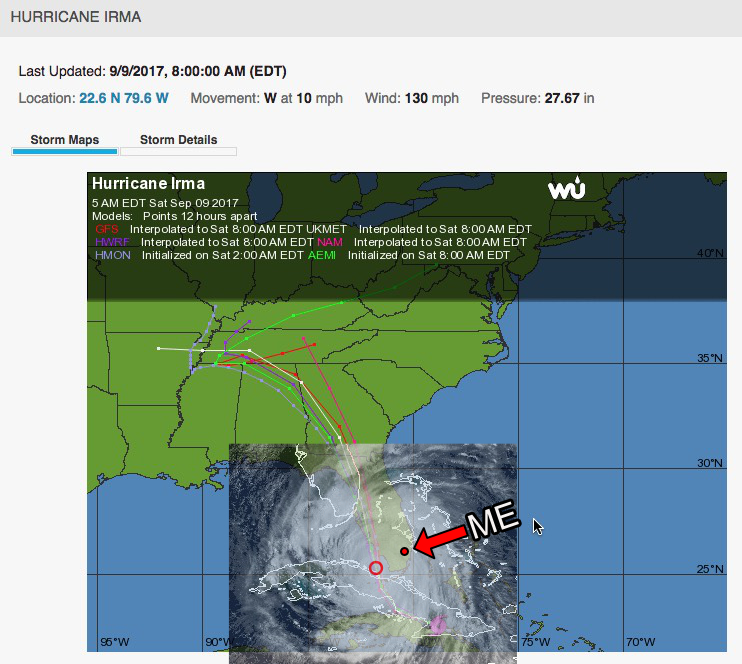 On its current track, the eye won’t go directly over us.

But the Gulf of Mexico will be feeding it nice warm water, and the eye will have a chance to get a bit bigger and stronger. So we’ll get lots of really big fun with everything else.

We’re in now. Not going anywhere today. Folks who haven’t been working on this all week are now in full last-minute-panic mode, and we want to stay out of that.

And a word for the folks all ready to get offended and judge-y about my smart-ass tone when referring to a storm that has already killed people and will kill more.

We are going to be in this thing with hurricane shutters held together by home-made hardware engineered by:

So here’s the rule. If you’re on the way to the gallows, you’re allowed to crack wise. And you get extra points for style if you can make the audience laugh.

On that note, I’m outta here. Packing up and storing the computer now.

And I hope I’ll be back to write more posts once Irma has done her worst.