How to Write Page-Turning Scenes 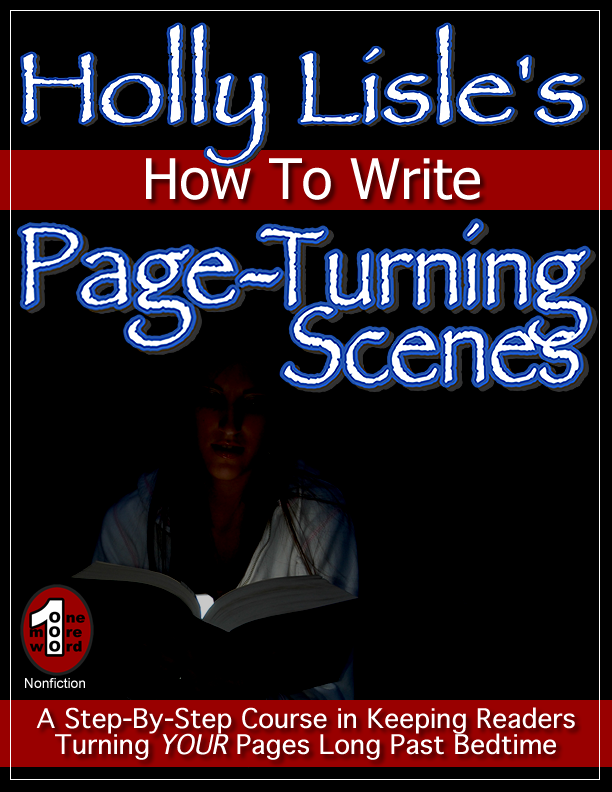 You want to keep your readers hanging on your every word, but every time you relax your vigilance, your characters start lounging around, talking about the weather, drinking coffee and leaning against walls.

Or perhaps you get fascinated by your own worldbuilding, and when you look up from writing, you discover what you’ve done is a twenty- page infodump.

Maybe your scenes race by so fast that when you read them back, you find the barest sketch of the picture you had in your head while you were writing.

Or just maybe you haven’t got the hang of doing scenes yet at all.

It’s okay. Every one of us who started writing, started with all of those problems and a host of others. And every single problem is fixable. In this course, you’ll be working your way from the simplest of scenes through to the most complex. You’ll start building with basic scene blocks, write short, compelling practice scenes, and add complexity as you go.

You’ll learn how to avoid common pitfalls, find the excitement and conflict in each scene, and write just the important parts.

And we’ll have fun working through this. Ready?

The neat thing about scenes is that they require no special tools and no special software. There are, however, a few things you might find helpful in visualizing your scenes, so I’ll recommend them here. There are only a couple things you’ll need.

I’ve found that writers are generally pretty good about getting nice smells right, but for those of you who have not been around corpses or trauma victims, blood does not smell like copper (it smells like iron), and decaying human flesh has a unique stink that goes straight to your brain and makes your hair stand on end. Frankly, I don’t find that burned human beings, living or dead, smell particularly like pork, either. (You learn a lot of horrible things as an ER nurse.)

And neither subways, nor the people on subways, generally smell like roses.

How To Use This Course

Once you’ve done that, you’ll head straight into the exercises. I’ve put them into what is, to me, a logical working order, and have planned the course so that if you work straight through, you’ll build from easiest to most complex.

However, if you know you have an area where you have trouble, you can certainly skip around. You might want to come back and hit all areas, though, because I’ve been careful not to repeat techniques as I’ve worked through this—by exploring my techniques for processy you already know, you might discover a new way of doing something that will make your job easier.

I’ve tried to make this as logical, practical, and fun as possible.

What Is A Scene?

I’m not going to bother with Webster’s definition of a scene here, or with quoting The Learned Sages of Writing. This is not an English class, so I’m going to throw things at you that are not what you learned in English. Or Creative Writing. Or whatever classes you might have taken. A lot of the tools, techniques, and even classifications in this course are things I made up because I needed them, and I could not find anything like them in all the information I read about creative writing, or novel writing. Or English.

I’ve named them; you won’t be able to cross-reference what I’m telling you against books by experts, professors, or anyone else. These are tools I built to get me through novels on time.

Here, as throughout the rest of the book, I’ll simply show you my working definition of the tool, and then I’ll show you how to use it. Other folks may disagree with me and my process (I guarantee some of them will, actually). But after years of making a living writing novels, I’ve discovered there is no one right way to do this. You are not party to the unfolding of The Secret Truth of Writing Scenes. You’re just trying out my truth, small “t”. This is my way, and it’s one of many. Take what I offer, learn what other writers offer, and build your own process from the pieces that work for you.

With that said, my working definition of a Scene:

You have written a scene when something important changes.

Definitions don’t get much starker than that. But then, neither do some scenes.

One instant, I was watching a nine-year old girl crossing the street. Then I blinked, and she was gone.

While I can, right offhand, think of a dozen ways to expand this scene beyond two sentences, and another dozen things I want to know about the girl, and the situation, and the watcher, I do have a complete scene right there. Something both unexpected and critical happened. We have every expectation that a nine-year-old girl crossing the street will start on one side and end on the other. Any variance from that can, if it relates to the rest of your story, be an important change.

The Parts of a Scene

Scenes can, in fact, get even simpler than the one I wrote above. In order to have a complete scene, you need to have:

1. A thing to be changed

Not two people, not one person, not even an observer beyond the omniscient narrator. Just a thing to be changed. And change.

Here is an example of the simplest of all possible scenes. (Not the shortest. Just the simplest.) Omniscient narrator, no characters, no props, one change.

White wall, white ceiling, cold and stark and simple. And silence, nonbreathing silence, patient, without creaks or ticks or hums. Light, morning light came through that far window and cast squares of whiter white high up, and dust motes sparkled.

And then a stain on the white ceiling, first pale, and then dark red like old roses, red that grew glossy, a little mar in the perfection. And then a drop. Red. Slid from the ceiling down the wall, a single jagged line that traced itself over textured paint, dancing, dancing, while the dust motes sparkled and the bright white squares of the morning sun tracked down the wall ahead of it.

It doesn’t take a lot to build a compelling scene, to catch the attention, to make the reader shiver just a little and picture not just a corner of a wall with squares of light on it, but a body lying dead and still and punctured somewhere up above.
If the thing is an unmarred white wall and the change is the appearance of the blood, you have your reader’s attention. We’ll work on figuring out which changes are good and which are boring later on. For now, just remember that not all changes are created equal.

A thing and change, of course, are not the only parts of a scene. In most scenes, you’ll have overt conflict, storytelling, time and place. Characters. Dialogue. Action. Description. Sensory details. Pacing. Backstory. Transitions in and out.

Let’s run through them quickly here, just by definition. And let’s start with conflict, which is not your next-door neighbors involved in a shouting match that involves flying household objects.

Conflict is, simply put, change. Anytime something changes, it creates ripples that will be good for some people, bad for others. And it comes in five flavors. (Again, these are my categories, not the ones you’ll learn in a formal writing course taught in college.)

• Internal conflict makes your character suffer with his own issues. Your character wants something and can’t have it, or has something he wants to get rid of, or wants to do something he can’t, shouldn’t, or won’t. He has his reasons. Your job is to get them out of him by any means necessary.

• External conflict is some variation, large or small, on “THE SKY IS FALLING!” Your character is beset by impersonal, external forces that endanger, frustrate, or impede him. Falling comets, looming war, six straight weeks of cold, drizzling rain, visits by relatives…. no, NOT visits by relatives! Well, yes, visits by relatives, if the impending visit is the cause of his stress, anxiety, or even sudden homicidal urges. Once the relatives actually arrive, the type of conflict changes to interpersonal conflict.

It does. It’s a perfectly logical assumption.

Problem is, it just ain’t true. Many is the book I’ve written thinking I knew what the story was about, only to discover—at some brutal stuck point three-quarters of the way through—it was about some entirely other thing, and would have to be massively rewritten. Truth is, many times you only think you understand the story you’re writing. Only once it’s written and revised do you discover what it’s really about.

This is not a reassuring truth. Most things that are true are not reassuring. But wishing them different will not make them so.

So what do you do to prevent the many wrong turns and bad decisions and lapses of judgment that make you throw out ten or twenty or sixty thousand words?

Having thrown out tens of thousands of words from just about every book I’ve ever written, I wish I had a better answer for this. Some wreckage, I’m convinced, is inevitable. But to prevent evitable and excessive wreckage, try this:

EXERCISE: Your Story As You Imagine It

(Yeah, an exercise. I even stuck one in The Basics. I wasn’t going to, but you might as well get this out of the way now. You’ll need it from the moment you begin considering your story until the book is in print.)

• Write your theme in fifteen words or less.

The struggle for survival in a world where nothing comes easy.

The triumph of determination over chaos and entropy.

The search for life’s meaning.

• Write what the book is about in 30 words or less.

Married couple with kids and jobs buy haunted house out to kill them.

One man who lost everything in a civil war finds new purpose in helping other survivors.

• Write down a one-sentence story arc for the main character.

Bob scrapes and saves to buy a house in the suburbs for his family, then fights to keep it and make it safe.

Anika returns to her village to discover everyone she ever knew has been slaughtered or kidnapped; she plans both rescue and revenge.

John, raised rich, ends up on his own when his family loses everything; he discovers meaning in his life by helping others…

(continued in the class)