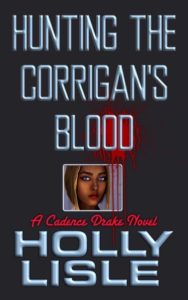 Your mother frames you for murder?

At least that’s what you do until the survival of humanity depends on you, and the problem takes you back to the last place in the universe you want to go…

Cady Drake has taken a job finding a stolen new-tech spaceship for money that – if she can survive long enough to earn it – will make her dream come true. Not dreams. Just…

But when humanity’s nightmares collide with her promise to never go home again, Cady will have to trade in her small dream for one big rule.

Get the book: Hunting the Corrigan’s Blood, on Amazon 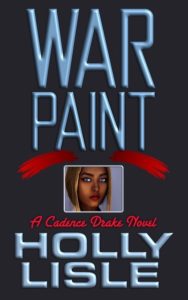 Next time you’ll learn… If there is a next time.

Cady did it the other way round, thinking that rescuing her client’s several vacationing wives from a fancy resort would be simple and quick, and would pay her enough to keep her spaceship flying at least long enough to get another job.

But no. She’s just not that lucky.

She doesn’t just discover the wreck of the resort.

Doesn’t just uncover the ruination of the little vacation moon.

Could you save humankind?

Can she?
Get the book. Warpaint Amazon Link 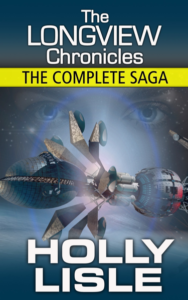 It’s a fine interstellar line between recapture and freedom. Her one act of kindness will trigger an epic fight to restore cosmic justice.

In the deep reaches of space, escaped slave Melie longs to captain her own ship. And with a promotion on her current vessel, she’s in reach of the goal that will set her free from the rich and powerful’s brutality. But when her protégé commits treason, a failed attempt to help gets her demoted and delays her flight from the galaxy’s merciless gladiatorial system.

Dreading having her identity discovered, the jaded woman scrapes by seeking some way to improve her fate. So when a sensational public massacre stirs rebellion, Melie seizes the opportunity to enlist a misfit band of victims to spearhead the ultimate trap for the elite.

Can Melie rally her eternally persecuted peers to overthrow a ruthless regime?

The Longview Chronicles contains six books in the fast-paced The Longview Chronicles dystopian science fiction series, and doubles as the third book in the Cadence Drake series. If you like underdog heroes, sweeping galactic action, and darkly envisioned futures, then you’ll love Holly Lisle’s gripping suite of adventures.