Here’s that Wrong Left Turn In Albuquerque… and it’s as bad as I dreaded. 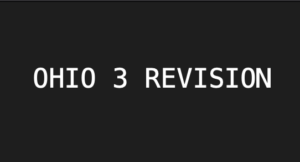 The first sixty pages of Ohio 3 held up fine.

Starting on manuscript page 61, I went in exactly the wrong direction, dropped the really good local character I had in place for one who broke my otherwise tight worldbuilding through two novels and the start of this one all to shit, threw in a bunch of stuff that widens the scope of one small, tightly bordered town by five… count ‘em… FIVE whole planets.

So now I’m going to read the rest of what I’ve written in this book with an eye toward finding anything I can save.

I’m going to assume there will be nothing. But I’m going to do a complete read through, just in case.

And then… oh, yippee… I’m going to pick up the plot I started on page one, and broke on page 60, and I’m going to replot.

And then be grateful that I did not pursue any of the new characters or worldbuilding in the latter part of this novel in either Book Four or Book Five.

Next post: Today’s objective: Save what can be saved…