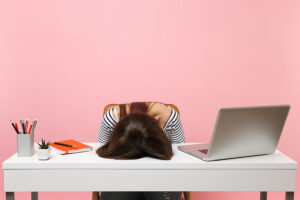 Kind of a headdesk day today.

It’s a lot more than that, though.

While I can’t count any of the words, I had to rant at myself in my text notes to figure out the primary and secondary conflicts on each of the two remaining novels, and make sure I included stories for each of the primary series characters…

And I had to ditch my main character’s sister — not just for novel four, but for the entire five-book series. It won’t affect that many scenes, or the overall plot (which, in fact, was one of the problems and part of the reason I have to do it), and I’ve figured out how most of the affected minor scenes be adapted for secondary characters who already have other things to do in this series.

If there is a second five-book series in this world… or just one-off novels… I might be able use the sister.

In this series, though, she ended up having nothing essential to do, and her presence raised questions about why she was there in the first place (she gave my MC something important to do at the start of Book 3) — but I figured out a better way to begin Book 3 that will still hit all the same goals.

So… now I’m going to start the new Book Four line-for-scene outline, and hope I can salvage some scene sentences. If I can’t, I can’t.

Next post: Down into the DEEP dark… Outline 4 completely redone.

Previous post: Reworking the Ohio #4 Outline — The outline from the current chapter on is “burn to ground, start over”