Follow-up on my resignation from SFWA, with statement from SFWA’s president 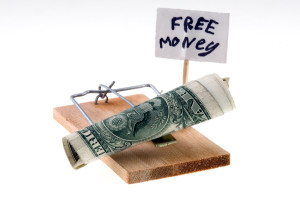 Where this comes from: A new SFWA member happy to have qualified—who is also one of my writing students—contacted me privately to present misrepresentations of what I said here that were being presented in SFWA’s private forums.

The potential for SFWA to use taxpayer money to fund grants is my ONLY objection, but a big enough objection that I resigned and that I will recommend to any students who ask me that they not join.

ON THE SFWA EMF…

1) The SFWA Emergency Fund doesn’t give grants. It makes loans that must be repaid.

2) The funds for those loans are donated by organization members.

As I noted in my open letter, I think private donations are fantastic when given voluntarily by individuals to whom the service [for which] they’re donating matters. I have done a lot of individual donating in my lifetime to things that matter to me, and will continue to do so.

You are welcome to quote this in its entirety on your blog.

One of SFWA’s motivations for becoming a 501(c)(3) nonprofit corporation is, indeed, to be able to give outright grants for medical and legal aid rather than make loans. Another benefit is that now the donations we receive are fully tax-deductible for the donor. There are other non-monetary reasons. Under Massachusetts corporate regs, we could not hold officer elections via electronic/digital/online ballots, nor could we hold a general business meeting in another country (say if the WorldCon was in Canada.)

We do make grants for many purposes. We support AboutSF, the educational outreach program at the University of Kansas’ Gunn Center for the Study of Science Fiction and we’ve given a grant to the LaunchPad Astronomy Workshop for Writers. We also give a grant to the University of Northern Illinois for their Special Collections, though this is because they are SFWA’s official archive, so in a way we’re paying for services. We are implementing a program to provide technology grants to aid members whose ability to write has been impacted by a major hardware/software disaster and can’t afford to replace, repair, or upgrade their system.

A large amount of the organization’s income come from payments received from the Author’s Coalition of America, which distributes foreign non-title specific royalty payments for American works photocopied abroad. This is the closest thing we receive to “public grant money” and it is private fees paid by individuals outside of the United States.

We are certainly investigating the possibility of applying for appropriate grants from public and private sources when the purposes of those grants line up with our existing mission programs. But we have yet to do so and I seriously doubt it will ever be a significant portion of SFWA funding.

First, I applaud SFWA’s desire to give grants rather than loans to people suffering from medical emergencies. Continuing its practice of having members volunteer to fund those grants is probably the intent—but the repayment of the loans kept the fund fluid so more loans could be offered.

Under the new system, the well will run dry promptly, requiring more donations from a membership ever less eager to give, and alternate sources will need to be found—and the government is ever willing to fund grants so long as the grants are spent regularly and in a timely fashion, and not kept in storage to maintain a self-funded system.

Second, as I said right at the beginning of my original statement, I know SFWA had many GOOD reasons for wanting to move the corporation to California.

Third, however, Sun Tzu says to prepare not for what the enemy might do, but for what he CAN do.

I’ll note that I do not consider SFWA the “enemy.”

Organizations generally begin with the best of intentions. They generally increase the powers they give themselves for good reasons and with hopeful intent.

However, across the life of an organization, every power the organization gives itself will eventually be used, first in “exceptional” cases, and over time as a matter of course.

An organization that puts itself into position where it CAN tap into Federal funds for the purposes of redistributing them eventually WILL.

It may do so tentatively at first, but exceptions become conventions, and people who have a conscience about using money they didn’t have to earn are replaced by those who happily use promises of giving that unearned money to friends and allies within an organization in exchange for votes.

Campaigns of “FREE Writing Grants for SFWA Members! It’s YOUR Money!!” will remove those with consciences from office and replace them with those who think “free” money taken at gunpoint from taxpayers is just nifty.

Gould states, “We are certainly investigating the possibility of applying for appropriate grants from public and private sources when the purposes of those grants line up with our existing mission programs. But we have yet to do so and I seriously doubt it will ever be a significant portion of SFWA funding.”

And this is the part of that statement that proves I made the right choice in posting my open letter and walking away NOW.

“But we have yet to do so and I seriously doubt it will ever be a significant portion of SFWA funding.”

SFWA is an organization with an elected government, too.

Gould and others who intend the best will be replaced (and probably must faster than they imagine) by those who want to have power within SFWA, and who see that a new path to power within the organization has just been created by the simple expedient of promising money that isn’t theirs to folks who would like have money they didn’t have to earn, and who are willing to vote to rob Peter to pay themselves.

ADDED LATER: My response to the angry people screaming in not-posted-and-never-going-to-be comments at me, “How dare you delete my previous comment?!” (So far, these comments have all been to the FIRST post on this subject.) [Link to original Open Letter post]

Here’s how I dare.

Point One: My blog, my rules.

Point Two: My rules are POSTED…

…and have been for years. Linked right on this page, and on EVERY FREAKIN’ PAGE OF THE BLOG.

If you don’t want to be deleted, don’t break my rules.

Next post: Unmissable real-life voyages to the bottom of the sea