Eastern Third of the World Matrin

By the time I got around to coloring in the right side of the map, I was tired. I’d been working on it for a couple of days, and my hand was sore and my head was starting to hurt from all the focused concentration. I left the entire northern continent empty, gave myself a few signs of exploration on the isthmus between the continents and on the little continent at the bottom left, and claimed a peninsula (previous map) for the folks I decided were the main characters in the first book. And I marked the badly blasted areas on the right below in that teal-green that I’d determined meant the area had been explored but remained unclaimed. I didn’t know what I was going to do with that then — it was just there for my use later.

There are hundreds of details in the three sections of map that you’ve looked at that didn’t show up in the first book, and most of those won’t even show up in the first series. But right now, while I’m waiting for my editor’s request for revisions onthe second book, and before I can really sink my teeth into writing the final book of THE SECRET TEXTS, I’m looking at those details, and doing some more background, and that teal “unclaimed” region on the continent of North Novtierra is calling to me. I want to be able to submit a proposal for either another series or another book when I’ve finished the last of these, and I’m starting to think about what it’s going tobe about now. I want to drop back a thousand years to the story of those holes and how they got there — that’s a big, sweeping story. And I also want to know why someone would explore a huge expanse of a brand new continent, then turn around and run back home, saying “Nope. Don’t want that.” People are pretty big on claiming land, after all. So what did they find? How bad was it? What did it think of them? And most importantly, what has it been doing since they left?

I’m not sure where I’m going next, but it will start with this map. Stay tuned … 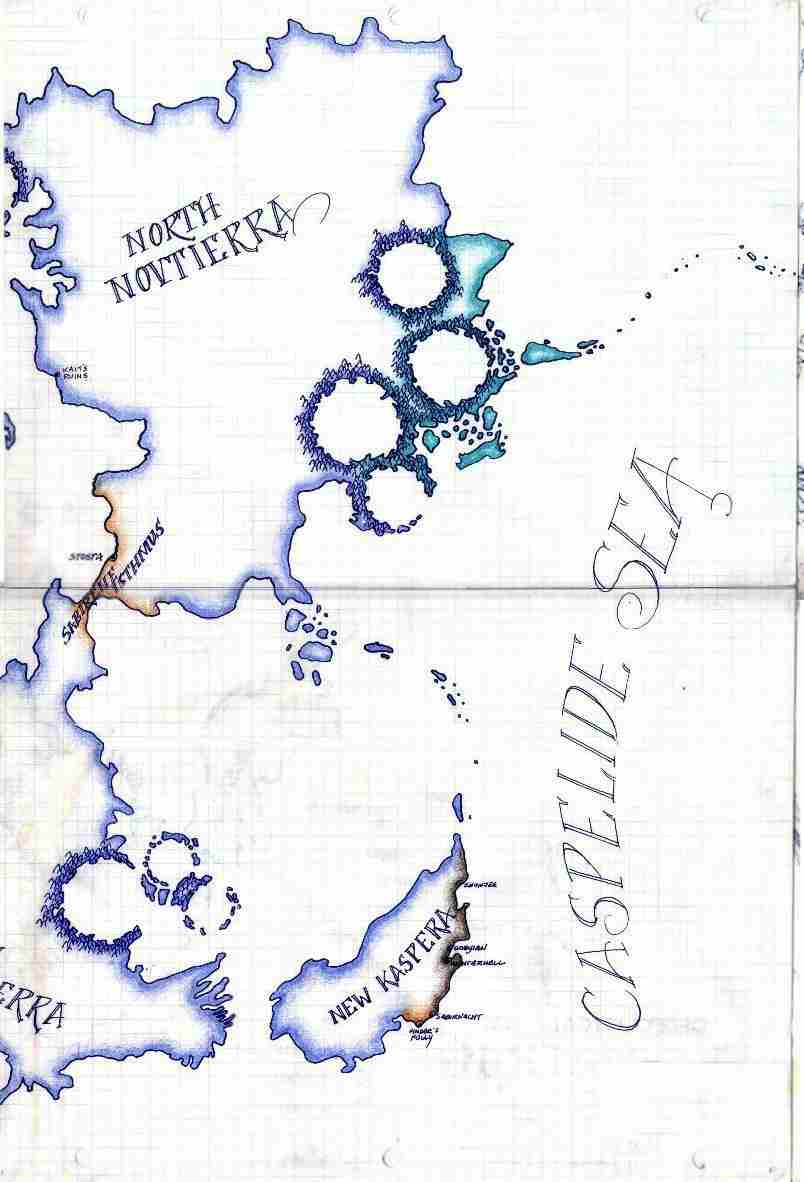