Down into the DEEP dark… Outline 4 completely redone. 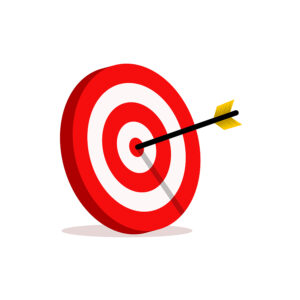 After the weekend break, I came in this morning to a blank outline for Ohio 4, and no idea what was going to go in there… except that it had to be big.

I suspect, however, that while I was playing a lot of No Man’s Sky and having fun in my new solar system with three suns discovering alien lifeforms and building a new base, my subconscious mind was tinkering around with the problems I have with the current Book 4.

Because today, I sat down, and thirty line-for-scene sentences leapt from my fingers to the document in just under two hours.

And they answer my questions. They retrofit the shock I had last weekend into what already exists so seamlessly that books One through Three can stay just as they are…

(WELL, they’re first draft, so I’m still going to have to revise and debug, but this massive revelation doesn’t mess up anything in them)…

And I have my Book Four ending.

And I have the conflict for Book Five that is so compelling, and scary, and kind of heartbreaking, that I can’t wait to write it.

THIS is what taking down-time — walking away from the story for a while, doing things that are not thinking about the book, and just letting things bake — does for me.

I can never look at writing fiction as neat, or orderly, or simple. I can never think it’s easy, even after all these years.

I can never think that I know, absolutely and confidently, where the story is going, or that as I’m writing, I’m writing the best story or the best ending.

I can, however, know that I have a process to get to the best ending.

But, holy crap, does it ever manage to surprise me in the best possible ways.

So… that was today.

Tomorrow, (even though I know I’ll be changing things all the way to the end of Book 4), I have to do a new 30-scene line-for-scene outline for Ohio 5.

I already know I won’t use some of it. Maybe most of it.

But just as I cannot hit a target I cannot see, so I can’t make a better target for the final book unless I can see the target that’s already there.

Today changed everything. So tomorrow, I build the new final target that, while I’m writing Book 5, I will try to beat.

Previous post: Have figured out the plot summaries for Ohio 4 and Ohio 5 — now to the line-for-scene outlines