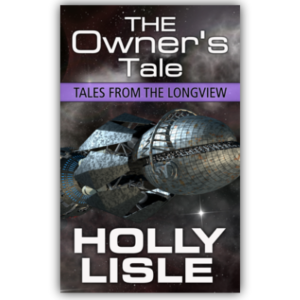 This is the first revision I’ve ever done that didn’t even require the fixing of a typo on the first twenty-four pages, and had only the addition of a hyphen on page twenty-five.

This is the lightest revision of a first draft I have ever done.

And it’s making me a little crazy that I don’t know why.

I love the way this story came out. Made myself cry twice reading the print-out at things I wrote when I was so deep into the story I don’t remember writing them, and that took me by surprise.

This is writing in a whole different place for me, and I don’t know if it’s because I’ve been writing to find this ending for so long — for years — or because I’ve made some sort of breakthrough in my writing…

… Or because I’ve lost my objectivity toward my work. That last one will get tested after I get my type-in finished and put this story in front of Matt.

But type-in will be fast. Will probably be done in a couple hours tomorrow, and that’s just with me being extra finicky and paranoid because I’ve NEVER had a first draft that looked this clean when I was done with it.

I am my own toughest critic. I am deeply suspicious first-draft pages that pass through my brutal revision process without coming out the other end battle-scarred by massive changes.

Still — it DID come through, and as far as I can tell, I was being as brutal as usual.

So what comes next?

Short-term,when I get Matt’s edit back:

I figure that along with writing lessons for How to Write a Novel, writing the parts of my Demo Novel (Dead Man’s Party), anddoing the Alone in a Room with Invisible People podcast, that will keep me pretty busy through Christmas.

Once I have the complete Longviewseries available, however, my next step is to reread the first two novels in the Moon & Sun series and get the series voice back in my head, and find the various toys I left on the floor in the first two books. Pick those up, figure out how I want to use them in the final book in the series.

By New Year’s day, 2019, I want to be in a position to start writing The Emerald Sun.I’ll be plotting that out concurrently with writing the first draft of Dead Man’s Party.

And then might find myself writing two novels simultaneously for a couple months. Not optimal, but not the first time I’ve done this, either.

I would like to finish The Emerald Sunand the Moon & Sun series next year — writing, revision, editing, and publication. And get all three books back into print with new covers. Folks have waited way to long to find out how that story ends. As have I.

It’s time to get back to the kids, the cat, and the mystery of the Moonroads, and what went wrong, and how to make it right.