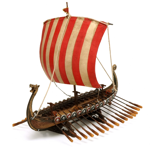 When I was a kid and my family lived on the western tundra of Alaska, my dad took me hunting and fishing with him. We were bringing in food for the table in a place where agriculture was impossible.

I loved tagging along and helping out. I was nine, so for hunting I was just a pair of extra hands carrying stuff home. I actually got to participate in fishing, and was pretty good at it. In later years, in Ohio, I fished in a nearby lake for bass and bluegills, right up until I turned sixteen and would have needed a license.

I inherited certain traits that made me a good hunting and fishing companion, the primary one being the ability to sit still and quiet for long periods of time without falling asleep — a survival skill that with fishing requires you to keep a tiny portion of your attention on a single spot of undercut at the outward bend in a river or stream under which a big bass is probably waiting, watching for food to drop into the little corner of the waterway he’s staked out for himself. (Or to sit utterly still in a boat over crystal clear water while waiting for one of the shadows moving beneath it to hit your bait.)

To maintain this necessary stillness, you have to set the bigger part of your mind adrift, letting it wander wherever it will and entertain itself as best it can, while you keep just the tiniest bit of your awareness hooked through your fingertips to the rod and reel, and your vision aimed at the tip of the rod, so that when you see the twitch and feel the first tentative nibble, you bring your awareness back to what you’re doing. If you’re quick enough, when your prey takes the bait, you can set the hook and reel it in.

(I’ll note that if you’re sitting in a kayak, and you pull in a Northern pike, see two rows of dagger teeth coming at you, and flail your fish and all those teeth straight at your dad, the danger of the kayak tipping and dumping both of you into permafrost-chilled water is extreme. We did NOT tip the kayak, so we also not freeze to death and drown the day I did that. However, it was a near enough miss that I also did not get to go fishing in the kayak again.)

Hunting for your dinner (at least the kind of hunting you can do with a nine-year-old in tow) is the same process. Both of you mark the point in the sky where the ducks or geese will come from. And then you sit utterly still and silent behind the cover of overgrowth, set most of your mind adrift while staying awake, and keep the pinpoint of your attention on the direction from which you expect incoming motion.

Hunting (or at least being a good hunting companion) and fishing and the fact that even at the age of nine, I was good at these: That’s Exhibit One.

My husband’s ancestors were Germans and Romans. They had a civilization that was agriculture-and-domesticated-livestock-based, so that food grew on patches of ground that folks owned and tended, and it didn’t try to get away from you (or kill you), or in the case of livestock, could at least could be herded by shepherds and dogs. There was no need for the hunter mind, for the long stillness and the utter silence of waiting, for the need to set a tight focus on the single point of your objective while letting the rest of your mind float around, entertaining itself with amusing thoughts and daydreams.

My ancestry is Scots and Vikings.

My ancestors are also the inventors of haggis. You win some. You lose some.

The Vikings were poets, explorers, and inventors of the full-body, for-keepsies panty raid, in which they went viking for wealth and replacement women. Some bits of it might have been heroic. Some bits were horrific.

Down at the baseline, though, it was a necessary population replacement maneuver essential to their continued existence.

Childbirth is a deadly bitch for mother and child alike in pre-medical cultures, and when you throw in the long winter darkness of high-latitude Scots and Viking terrain, inevitable food shortages, and brutal vitamin D deficiencies, you’re going to need to get replacements for the women and children who don’t survive.

My ancestry, and that adaptation for grabbing all possible Vitamin D during the short sun season has left me with practically transparent skin, and a tendency to burn, blister, and peel even in even relatively moderate latitudes. I sunburn in OHIO.

But my forebears also gave me the hunter adaptation. The ability to focus long… to set a tiny attention flag on the object of my interest, and then to disappear into stillness while waiting for my future meal to trigger the flag I set to bring me back.

Which was great when I was in a world that needed hunter skills.

When I came back to civilization— to riding a school bus and sitting still in a box for a bunch of hours a day, and being talked at by people who insisted that I not fidget, not talk, and not get up and run around, the adaptive stillness of the hunter kicked in, my mind set its tight focus on the object of my captivity (the teacher in charge of the class) and the rest of me went Viking through the realms of my imagination. When I got the inevitable sigh, the “Earth to Holly” remark from the teacher, and came back, I’d answer the question (after it was repeated, anyway)… and then vanish again back into my own much more interesting world.

THAT is ADD. It is an adaptive survival mechanism that does not mesh well with “Everybody stand, everybody sit, everybody watch this board, everybody pay attention to these boring-ass numbers…”

It is not a disorder.

It is not a fucking disease.

It does not mean you’re broken, damaged, or an object to be pitied.

It is just Hunter Brain, and it means that if you’re in an everybody-stand-up, everybody-sit-down, everybody-be-the-same situation, you’re in the wrong place, doing the wrong thing — that you need to change the kind of work you do, the kind of play you do, the kind of life you’re leading to give yourself things that you can focus on in stillness, in quiet, away from the constant low-level chaos that is “Multitasking, Bells, Stand-Up, Sit-Down, Everybody Do Everything All at the Same Damn Time in the Same Damn Way Because We Said So” bullshit that is most of education, and most of life outside of education.

Hunter Brain is really, really useful for writing fiction. Total body stillness, focus on that one pinpoint of attention (the plot, the character, the conflict — whichever one is at the forefront at the moment), the patience to let let that idea come, like the shadow of a fish under the water moving toward the lure, like the shadow of a V of ducks coming in over a lake, with the one that will keep you from starving for another couple of days somewhere in that aerodynamic formation swinging around to land.

It’s a good brain for folks who like to work alone. Forestry, Fish and Wildlife Management, or exploring.

It was pretty good for nursing when I was working ER (it was great for emergency situations), and not too bad for Med-Surg while having a single set of patients who were mine for twelve hours.

It’s not so great for office jobs, for water-coolers, for constant interruptions, for multitasking.

It’s not, in other words, the best brain for most modern-life jobs.

But for sitting in silence plotting fiction, for finding the story, for spotting that shadow beneath the water that is your plot, and luring it in, being still, being patient, letting it come to you…

Fucking awesome for that. For that, it is a significant advantage, and not a deficit, and not a disorder. It is, in fact, a damned useful tool.