Central Third of the World of Matrin

With a little background under my belt, I returned to the map, and worked on the key (down at the very bottom of this panel) — I decided I needed to know the territories and ranges for a few of the races, species and political entities I’d come up with. I drew boxes, wrote names beside them, and started coloring in areas. I left a lot of territory unexplored initially (the light blue area). This, I freely confess, was sheer laziness on my part, but it worked out well for me. Remember how I mentioned in the map workshop that mistakes you make in your drawing and other serendipitous events will work in your favor? That laziness worked in mine, because since I didn’t want to draw in everything on the map right then, I had to know why a thousand years after a major magical blast, the main people of the story had only explored a fraction of their world. The answer that I arrived at turned out to be one of the most important bits of background that I came up with, and one that was key to everything that happened within THE SECRET TEXTS. 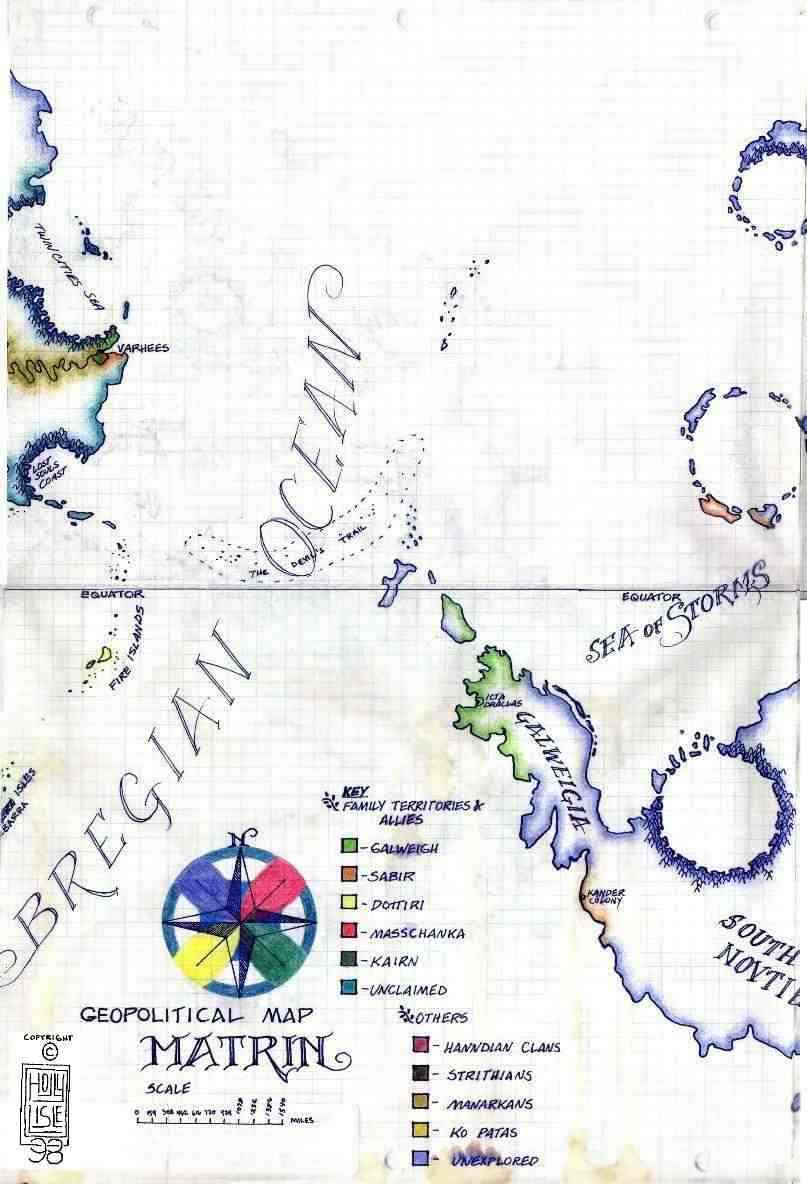