Becoming Piers Anthony: The Not-Impossible Dream of 3 Books A Year 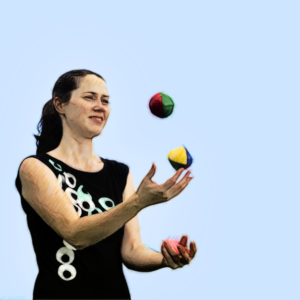 A couple of things have changed in my life recently, one of which has been the writing of Dead Man’s Party, my demo novel for the writing class I’m currently building, How to Write a Novel.

I’ve been dedicating one concentrated hour or so a week to the writing of the first draft (and a bloody awful first draft it is, too), but the bones of the story are solid, and it’s going in a great direction, and it’s turning funny on me all of a sudden.

And I’ve been reading through Moon & Sun, and taking notes, but they were not being very helpful notes.

Then, while Becky and I were talking about going back through the first two novels of my Moon & Sun series in order to pick up toys I’d left on the floor for the third book, I realized that I had not done an Octopus Map for the series.

So I built the Octopus Map (a core technique in my How to Write a Series class), and something that I mention in the upcoming Episode 29 of Alone in a Room with Invisible People.

Once I remembered to do it, it took me about half an hour to get the overall bones of the final story figured out. I still have to do all the reading and the finding and identifying of essential toys, and some scene-by-scene plotting, but I know what the story is now. That’s big.

At the moment Patreon is covering me for one hour of fiction writing a day, and the income from my fiction isn’t currently enough to run beyond that.

And I’m writing the How to Write a Novel class, and the demo novel, and doing the podcast, and reissuing some of my novels, and getting others ready to go live…

But I’ve discovered from my writing of Dead Man’s Party that I can get a lot of actual written fiction done in an hour, and I want to be seeing more progress than I’m seeing.

Because almost all of my hours have been eaten up by research for Moon & Sun, I haven’t been seeing a lot of progress.

But this morning I was standing in the shower and my Muse said, “Piers Anthony said he worked on THREE books at a time.”

And then I thought, “I have five hours a week, and Dead Man’s Party is only taking one hour, and I could limit my current reading and noting in the Moon & Sun series to two hours, which would let me do… What?

At which point, my Muse practically screamed in my ear, “The Wishbone Conspiracy!!!” With a muttered undertone of you idiot.

As I’ve noted elsewhere, my Muse and I have an interesting relationship.

With Wishbone, I already have the world, the characters, the opening chapter, and even a bit of the plot worked out.

So I’m going to do this:

If my Patreon funding can go up to two hours a day, or if I can get my fiction income up by other means (which I’m also working on), I’ll be able to increase that. Top level would be three hours a day, which would still leave five (plus the occasional evening) for creating How To Write A Novel plus emails plus forums…

I think even at top funding, or with a much-increased readership of my fiction, this will still work.

Monday I start finding out.

Next post: Moon & Sun: The Emerald Sun. It begins…