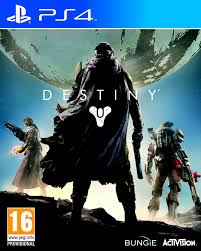 I’m back from two weeks of enforced R&R, recovering from another surgery on my tongue, and then waiting for biopsy results.

I’ll tell you exactly what my doc told me. There was bad news, and there was really good news.

The bad news was there was a large area of severe dysplasia at the back of my tongue.

The good news is, he was aggressive with the removals, and he got it all. Both pieces of the biopsy came back with clear margins.

“You’re not out of the woods,” he told me. “A single missed cell could bring this back.”

But for right now, I’m good. And I had a very good 55th birthday (in spite of having to wait until the day after for the biopsy results).

My guys got me an Xbox One and gave it to me early, when we discovered that the biopsy was delayed, and I was going have to wait until Friday (instead of Tuesday) to get the results.

They also got me the full version of Destiny with all the expansions—which I’d already been playing on the PS4, and which I’d started on my old 360 when it first came out, only to abandon it very early because everyone I knew was either on the PS4 or the One.

My hunter, titan, and warlock on the PS4 are all three at level 40 with light of 290+. I’m on a fire team of three, so I haven’t yet done the Vault of Glass or any other six-person raids. But I’ve done all the other PvE, and I occasionally head into the Crucible, where I’m getting better, though I’m still a liability to anyone whose team I’m on. My K/D is generally in the .5 area right now, up from a breathtakingly awful .05 when I started a couple months ago.

(I was really, really late to the Crucible, and wouldn’t even have tried it if I hadn’t seen some Iron Banner armor on another player, and decided I wanted to earn that. I still don’t have it. 😀 )

I had characters on the Xbox that I’d started when the game first came out, and though I hadn’t looked at them in almost a year, I was pretty sure I had three, and that they were all fairly high levels.

So I ported them over—and was astonished to discover that one was barely a 26 and the other was a 10. And I had a completely empty third space.

For a game development team previously focused on creating a Skinner-style rat maze designed to create addiction by the occasional removal of painful stimuli and the doling out of unreliable rewards, (the reason I quit playing the game entirely for about half its existence), the almost certain firing of the evil Skinner influence, and replacement with a real story, fun missions, well-developed character upgrade paths, FLAMING HAMMERS AND VOID-SHOOTING BOWS (oh, true love there, let me tell you) has been glorious.

Seeing purple engrams drop regularly, NEVER having a purple engram turn into shards, getting to field-test weapons for the gunsmith, and the sheer volume of new and wonderful stuff in The Taken King has brought me back.

And I gotta tell you, getting to bring in a new character, start her from the absolute beginning, and see how beautifully integrated and FUN the experience of leveling up a new character has become makes it possible for me to recommend this game to…

…Okay. I was going to say everyone, but really, I can’t.

If you’re fifty-five and female, and not like me, (in other words, you don’t like shooting things or blowing things up) you’re not going to like Destiny very much.

But if you are intrigued by the idea of weapon mechanics so brilliantly done that you can tell with your eyes closed which weapon you’re holding as it’s firing; and if you would love to insert yourself into a solar system where you are all that stands between everything and everyone you love and their annihilation at the hands of a slew of evil aliens; and if you adore the game mechanics of leveling, collection, points, feedback, exchanges, customization, awesome stats (including the Floating Numbers of Kick-Ass Real-Time Damage (oh, yeah!), in really hard missions with mostly pretty great rewards,

is gonna knock your socks off.

And one note for some spectacular male players

Next post: Thank you for the birthday posts, and for reading my work