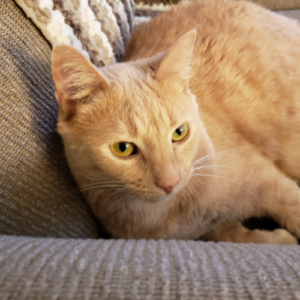 I think I’m not alone in considering 2020 an awful year… though I’ve had quite a few that were worse personally. But they were worse privately, without the disasters spreading much past me and mine.

I got dragged to some of the more dangerous places in the world by one parent attempting to expiate the results of sin and the punishment of God by doing missionary work, while the other one went along with this because he saw some awesome opportunities to get paid for multi-year hunting and fishing trips in exotic locations…

So because of those two idiots, I’ve lived on the tundra and seen deadly wildlife up close, lived in countries in Central America during an anti-American communist incursion, and then in a civil war zone where I saw bloody bullet holes in the stone walls of a ruined Catholic church, lived through an earthquake when I was fifteen and suffered at least a year of undiagnosed PTSD afterwards (the moment when I was asleep on the couch back home in Ohio and dynamite from a nearby strip-mine went off and the house shook and I found myself in bare feet out in the snow before I was even fully awake was the FUNNY part of PTSD).

But this year has been pure shit from top to bottom for everyone who works for a living.

I’ve discovered that platitudes aside, we’re NOT all is this together.

There’s a set of rules for those in charge, and a second set for those of us who don’t eat if we don’t work.

But this week, while I focus on help desk, emails, and the forums, I’m taking a breather from fiction. I’m in a crappy mood, and crappy moods tend to result in the sort of fiction you have to toss and rewrite when the mood passes. I’m going to skip the flailing around and tossing crummy, angry words, and I’m just going to embrace the silly idea that January 1st actually is a new year, instead of an arbitrary marking of the passage of fluid time.

The cat (Sheldon, pictured above) and I are going to hang out on the couch during writing hours until 2021.  I haven’t had a vacation in more than twenty-five years. I’m going to pretend this is one.

One of us is going to play video games, and the one with no thumbs is going curl up beside me and alternate sleeping with giving me wistful gazes and staring pointedly at the Cat Snacks container on the end table until I cave.

He’s good. He’s very, very good. There will be snackage.

But I’m not making any New Year’s Resolutions.

Because… how did the resolutions you made last year work out? How many of them even could?

So, strictly on a day-to-day basis, I’m just going to get up and go to work on weekday mornings, do as much as I can, love my family, and let you guys know on those weekdays when I make it in here and do this… how that went.

And I will hope along with all the rest of us who actually ARE in this (instead of above it), that next year might be better than this year.

Next post: The Ghost Who’ll Be Coming to Ohio